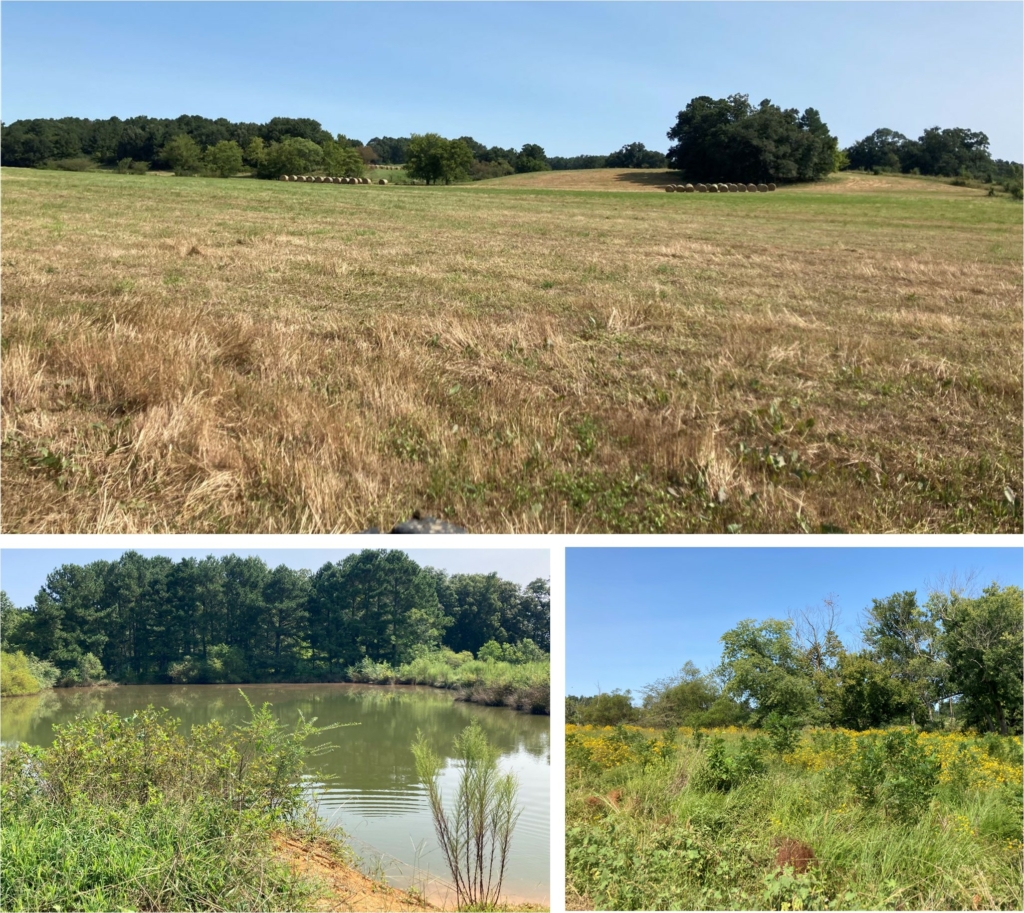 Images clockwise from top) A few of the property’s fallow fields have recently produced a soybean harvest while others have been utilized for growing hay.; Field with goldenrod; Pond on property

One of FLC’s most recent conservation easement agreements involves the partnership with the University of Georgia on a 640-acre property in Gordon County, Georgia. This newly preserved tract lies in close proximity to New Echota and is less than 10 miles northeast of Calhoun. The tract includes mixed forest, pastureland, and features 15 known archaeological sites containing various Native American artifacts and burials.

Purchased by the University of Georgia in 1996, the property was used as a research farm until 2008. A few years later, the University began leasing it for row crop and cattle production. The property has been vacant since mid-2019 and its fields have gone fallow, though at least one field was still being cut for hay at the time of the site visit.

A large part of the property’s border (roughly two miles) is formed by the Coosawattee River, a watershed which is of high global significance and considered important in terms of supporting species of conservation concern in the state of Georgia. In addition to this river frontage, the property’s aquatic resources also include a headwater stream and associated wetland.