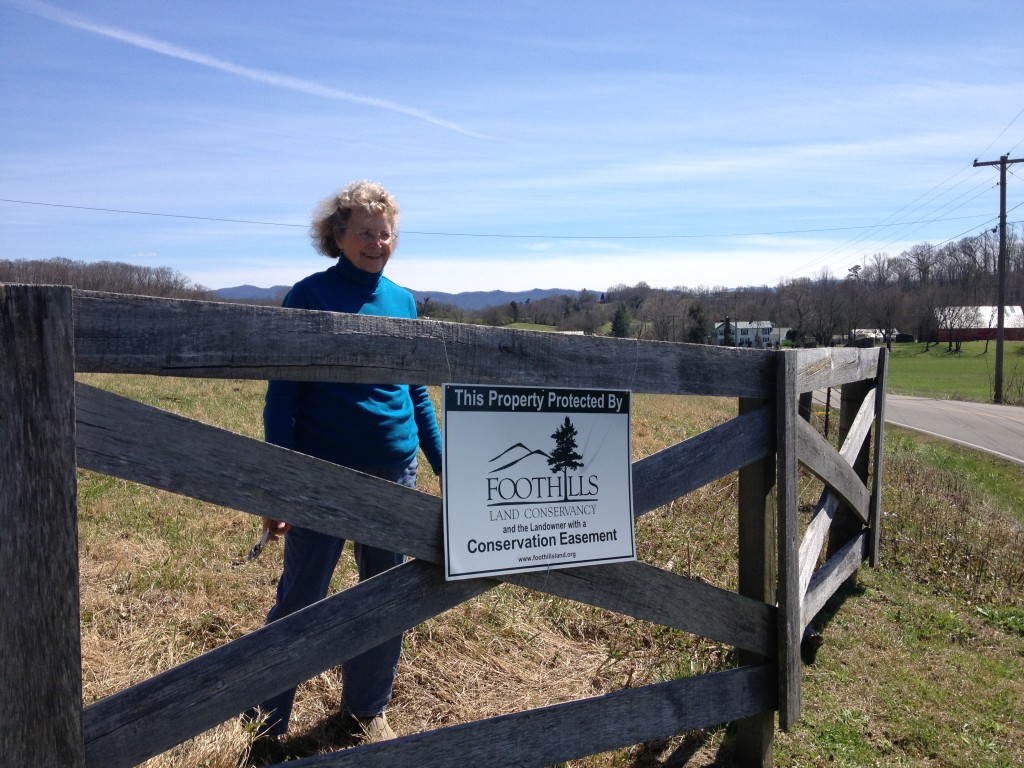 “Since I inherited the farm from my late husband and he from his parents, I never did think of the farm as my property, only that I have been given stewardship of it. The donation of this land to FLC is the best way I can think of to honor that stewardship.”
– Gail Harris, pictured at her farm in Rockford, TN

In 2009, Gail partnered with FLC to place a conservation easement on the property, located in Rockford, TN. In 2017 she officially transferred the property to Foothills. FLC manages the property’s operations, which includes leasing out a portion of the land for farming. The organization’s office headquarters are now located at the former homestead. Gail Harris continues to reside on the farm in a separate residence.

For FLC’s Executive Director, Bill Clabough, this move is a monumental one for Foothills.

This is a tremendous gift that Gail has given the conservancy. It’s an opportunity for us to have a permanent headquarters, offered to us by the founding member of FLC, and on land that is protected through a conservation easement. I see so many great possibilities for the future of Foothills.

For Gail Harris, her wish is to make this transition happen now and not to wait:

“It is my delightful privilege to donate this property while I am still living so that I can enjoy watching its transformation under Foothills’ management. I have absolute faith that Foothills will maximize the property’s potential as a working farm in combination with an educational nature center, wildlife preserve, and an animal refuge and rehabilitation center. As open space and farms dwindle I know that the people of Blount County will be proud that this beautiful farm will be protected and enhanced by Foothills for the benefit of future generations.

A description about the Harris property, included in the Tennessee Conservationist Magazine’s Fall 2010 issue, says it best.

The Harris property, which was purchased by the grandfather of Gail’s late husband, Jim Harris, dates back to the late 1800’s. The farm includes a spring fed pond, cave, former dairy farm, and an old tobacco barn. Another amazing landmark 600 million year old rocks dating back to the Cambrian period. Wright State University geology students have visited the site for research in years past. They studied the sedimentary rock outcropping so abundant in the area. Patches of yellow trillium and mayapples take shade under the 100 year old oaks, ash, and beech trees which buffer the Harris homestead. A large variety of animals roam her property, including deer, coyotes, raccoons, foxes, and wild turkeys. Birds frequenting Gail’s feeders include bluebirds, warblers, finches, redwing blackbirds, woodpeckers, nuthatches, hummingbirds, and others.

Your donation goes towards supporting FLC’s enduring mission to preserve, protect, and enhance the lands of the Southern Appalachian region.

THANK YOU – Every dollar makes a difference!

More info about the Harris Farm: 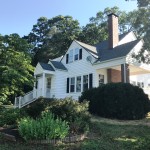 FLC’s new office headquarters – the organization relocated their operations to the Harris Farm in late May 2017. 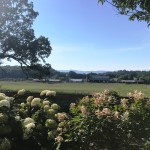 Sweeping view of the property and it’s former dairy barns.. 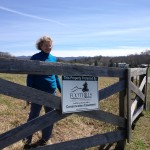 Gail at the front gate with FLC conservation easement sign. 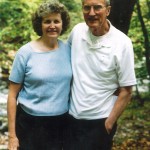 Gail with her late husband Jim. The Harris farm was purchased by Jim’s grandfather back in the late 1800’s. 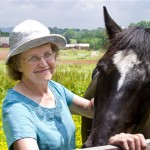 Photo of Gail with horse. Photo courtesy of Mark Lewis. 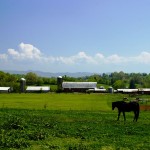 View of farming fields with Gail and Jim’s former dairy barns in the background. Photo courtesy of Mark Lewis. 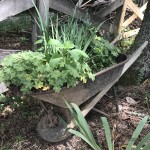 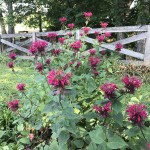 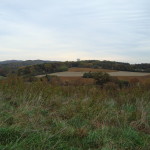 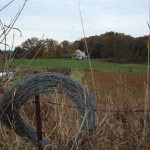 View of fields and homestead in the distance. 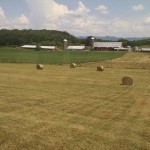 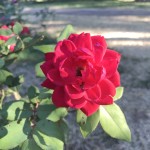 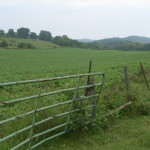 The Harris Farm is currently leased for farming and produces both row crops and hay. 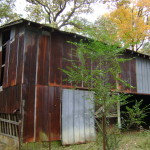 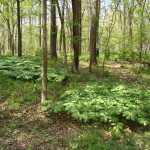 Mayapple patches dot the wooded landscape in the Spring. 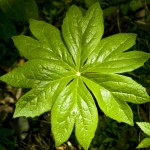 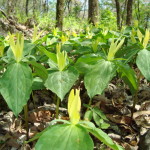 A patch of Yellow Wakerobin Trillium trumpet the coming of Spring at Gail’s farm. Photo courtesy of Mark Lewis. 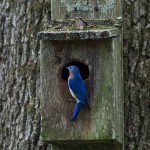 Bluebird perches on a birdbox in Gail’s backyard. Photo courtesy of Mark Lewis.