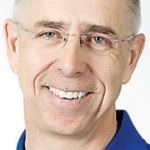 I got a personal tour of Jarvis Park recently. Dr. Craig Jarvis invited me to visit, and I finally got to join him on a warm morning. Dr. Jarvis is a retired gastroenterologist with an incredible dedication to this community.

Just off Court Street, Jarvis Park is a jewel in the city, an oasis perfect for finding tranquility.

The park itself consists of 47 acres, 11 of which have been developed with walking trails, picnic tables, and park benches. Much of it follows alongside Duncan Branch Creek.

Dr. Jarvis bought the property and then joined forces with the City of Maryville and the Foothills Land Conversancy to make the park a reality. There are an additional 200 acres surrounding the property that could potentially become part of the park (if only?). A lot of things would have to happen for that to happen, but it would give Maryville something comparable to New York City’s Central Park!

This area has a long and interesting history. John Duncan received this land as compensation for service in the Revolutionary War. When Tennessee became a state, it was deeded to John Duncan by Governor John Sevier. The year was 1808.

The trail is only about 3/4 of a mile so it’s not exactly a hiking trail. It’s more for meandering. And contemplating. Some of the trees are over 200 years old, with two huge oak trees about 250 years old standing at attention alongside the trail. Another black walnut tree is equally impressive. There’s even a grove of bamboo.

At several points, you could see primitive signs of civilization. Dr. Jarvis offered an interesting commentary on what had been here in Maryville’s earliest days. We also took a pleasant stroll around the perimeter of the remaining and undeveloped 32 acres. The opportunities there are limitless.

Several months ago, I wrote about “Green Therapy.” Basically, we need time in the outdoors. Not just for our mental health but for our physical health as well. Green Therapy can help prevent heart attacks and lower your risk for diabetes and cancer.

And it’s not just the exercise part of being outside — fresh air, sunshine and foliage impact those things directly. How? We don’t know. But the evidence is there.

Our Greenbelt system is wonderful and I’ve written about that several times. The Pistol Creek Wetland Center is another huge asset for us all. We need these things.

Look at New York’s Central Park. 843 acres in the middle of Manhattan. It’s amazing and wildly popular. Imagine how valuable that real estate is yet, they had the foresight to set aside this green oasis in the middle of the city that will be there as long as there is a New York City.

A little bit about the Foothills Land Conservancy: FLC has assisted in the preservation of over 140,000 acres in the rural southeast. FLC works with landowners to insure that their land will remain in its natural state.

Jarvis Park and its 47 acres are nestled in between developed properties and the Vulcan rock quarry. It’s amazing to see this huge meadow in the middle of our city. It would seem a shame for this to be developed into another subdivision and with the help of the FLC, it will never happen.

Yes, growth in inevitable. But we can be smart about it. High density housing in rural areas just doesn’t make sense. Without infrastructure, such development will doom what we all hold dear about Blount County.

If you haven’t had a chance to visit Jarvis Park, I encourage you to drop by for a visit. I think you will find a peace to the experience. And it’s just around the corner. 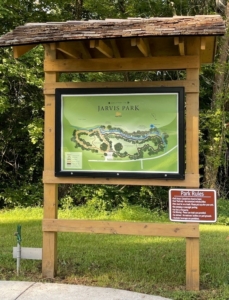